Opening to the Public Tuesday, May 31st

Daniel, who is a local restaurateur and entrepreneur, purchased the historic Bridges restaurant in 2018, and with that, made it one of the most storied, multi-generational restaurants in the city.

Over forty years ago Daniel’s uncle, Michael Seelig, along with his business partner, took an enormous risk in opening Bridges in what was a run down industrial site. Daniel’s parents invested,

and were long time partners, and Daniel’s Dad was the General Manager.

The building has been taken down to its studs with the walls and kitchens moved. It’s been designed with local materials and reclaimed industrial materials that celebrate the legacy of Granville Island;

filled with installations from local artists and artisans, including some on Granville Island, but never fear, that iconic yellow exterior will remain the same (we were just watching them painting it today!)

Tap & Barrel Bridges will be the flagship location and test kitchen for the company’s culinary development program. The menu will include historic Bridges dishes,

and will offer a specially curated beer and wine list just for Granville Island. A Tap & Barrel concept that honours a Vancouver restaurant of yesteryear...

Say’s Daniel, “I am part of Bridges history, and now I look forward to being part of its future” 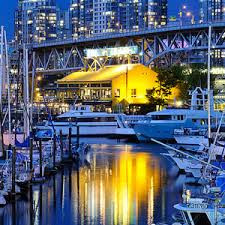 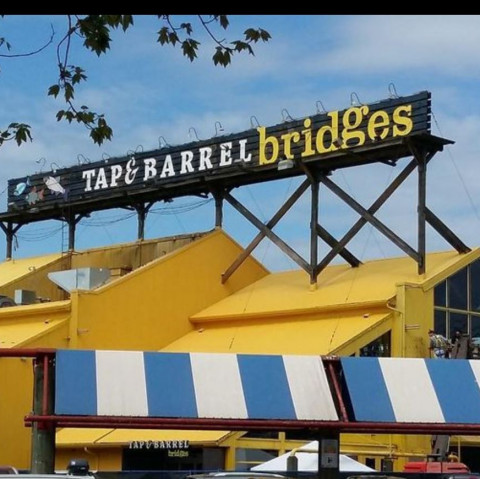 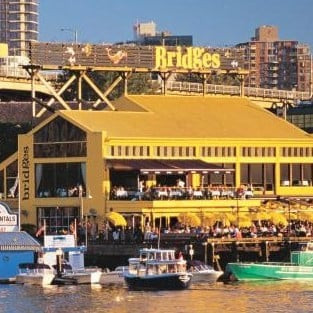 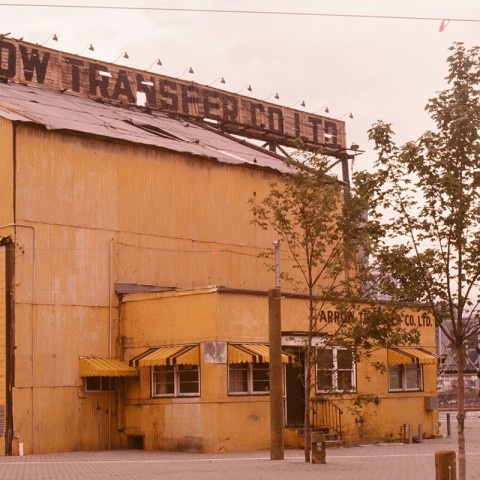