Granville Island has two lovely independent book shops (and a new one coming this summer!) as well as a number of shops that carry a selection of books.

For World Book Day we reached out to two of our independant book shop owners for their recommendations.

Jennifer Kim of Humpty Dumpty Books & Music in the Granville Island Kids Market recommends  This is How I Do It: One Day in the Life of You and 59 Real Kids from Around the World. Building on the success of the internationally acclaimed This Is How We Do It, this interactive activity book invites readers to document their lives and daily rituals compared to 59 real kids from around the globe.

Aru Shah & the End of Time (Graphic Novel) with Vancouver resident Anu Chouhan, a graphic novelisation of a fantasy adventure novel based on Hindu mythology.  Elise Gravel,  The Mushroom Fan Club and The Bug Club

A number of other shops carry a few speciality books as well. We’ll mention two of those shops, the Wickaninnish, which carries some lovely Indigenous children’s books, and Paper-Ya carries journals for the aspiring author.

Building on the success of the internationally acclaimed This Is How We Do It, this interactive activity book invites readers to document their lives and daily rituals compared to 59 real kids from around the globe.  This fun and engaging workbook will get kids writing, drawing, and sharing while also learning about cultures and countries other than their own.

Includes drawing activities, postcards, sticker sheets, and a fold-out map, a die-cut cover for kids to draw their portrait and write their name on makes this activity book a keepsake to treasure. It encourages self-reflection while also teaching kids about different traditions and customs

This Is How I Do It is the perfect way to keep kids entertained while exposing them to the many cultures that make up the world.

Best-selling author Rick Riordan Presents the graphic novel adaptation of the New York Times best-selling fantasy adventure by Roshani Chokshi, inspired by the great Hindu epics she grew up on.

Named one of 100 Best Fantasy Books of All Time by Time magazine!

Twelve-year-old Aru Shah has a tendency to stretch the truth in order to fit in at school. While her classmates are jetting off to family vacations in exotic locales, she'll be spending her autumn break at home, in the Museum of Ancient Indian Art and Culture, waiting for her mom to return from her latest archeological trip. Is it any wonder that Aru makes up stories about being royalty, traveling to Paris, and having a chauffeur?

One day, three schoolmates show up at Aru's doorstep to catch her in a lie. They don't believe her claim that the museum's Lamp of Bharata is cursed, and they dare Aru to prove it. Just a quick light, Aru thinks. Then she can get herself out of this mess and never ever fib again.

But lighting the lamp has dire consequences. She unwittingly frees the Sleeper, an ancient demon whose duty it is to awaken the God of Destruction. Her classmates and beloved mother are frozen in time, and it's up to Aru to save them.

The only way to stop the demon is to find the reincarnations of the five legendary Pandava brothers, protagonists of the Hindu epic poem, the Mahabharata, and journey through the Kingdom of Death. But how is one girl in Spider-Man pajamas supposed to do all that?

Anu Chouhan (artist) is a Punjabi illustrator from Vancouver BC, Canada. Growing up, she always knew she wanted to pursue a career in art and spent a lot of time learning about animation and fashion, while drawing inspiration from video games, movies (especially Bollywood), and nature. After completing her BA and earning a diploma in commercial animation, she worked as a mobile game artist for several years before going out on her own as a freelancer. Her unique edgy and energetic art has garnered attention on social media from major publications, celebrities, and influencers.

Elise Gravel is back with a whimsical look at one of her family's most beloved pastimes: mushroom hunting! Combining her love of exploring nature with her talent for anthropomorphizing everything, she takes us on a magical tour of the forest floor and examines a handful of her favorite alien specimens up close. While the beautiful coral mushroom looks like it belongs under the sea, the peculiar Lactarius indigo may be better suited for outer space. From the fun-to-stomp puffballs to the prince of the stinkers - the stinkhorn mushroom - and the musically inclined chanterelles, Gravel shares her knowledge of this fascinating kingdom by bringing each species to life in full felt-tip-marker glory.

The Governor General Award-winning author Gravel's first book with Drawn & Quarterly, If Found . . . Please Return to Elise Gravel, was a Junior Library Guild selection and an instant hit among librarians, parents, and kids alike. Fostering the same spirit of creativity and curiosity, The Mushroom Fan Club promises to inspire kids to look more closely at the world around them and to seek out all of life's little treasures, stinky or not!

Join acclaimed author Elise Gravel on a dazzling and revelatory tour of the insect world!

In The Bug Club, Elise Gravel shares all of her favourite and most interesting facts about these marvelous creatures, some of which are so unique and strange, you could almost imagine them living in outer space!

Most people know that spiders have eight eyes, but what about the caterpillar? These little critters have them beat with a whopping twelve! Did you know mosquitoes are attracted to smelly feet? That the honey bee has hair on her eyeballs? That butterfly feet double as noses? And grasshoppers have ears on their bellies? These are just some of the many things about bugs that make them endlessly enchanting. Elise's inquisitiveness and charm pop off the page as she takes us on a walk through hermind - and the awe-inspiring natural wonders that exist right outside our doorsteps.

If you're curious what the inside of a slug looks like, The Bug Club has got you covered. Not only does Elise answer these burning questions, but she draws it all beautifully and brightly in her signature cartoony style.

The follow-up to her award-winning The Mushroom Fan Club, where Elise shares her delightful and family friendly mushroom-hunting adventures, The Bug Club offers more activities and fun for the whole family. This time, the treasure is hiding just below a rock or that pile of fresh fall leaves.

Elise Gravel is an author illustrator from Montreal, Quebec. After studying Graphic Design, Gravel pursued a career writing and illustrating children's books, where her quirky and charming characters quickly won the hearts of children and adults worldwide.

An urgent, informed, intimate condemnation of the Canadian state and its failure to deliver justice to Indigenous people by national bestselling author and former Crown prosecutor Harold R. Johnson.

"The night of the decision in the Gerald Stanley trial for the murder of Colten Boushie, I received a text message from a retired provincial court judge. He was feeling ashamed for his time in a system that was so badly tilted. I too feel this way about my time as both defence counsel and as a Crown prosecutor; that I didn't have the courage to stand up in the court room and shout 'Enough is enough.' This book is my act of taking responsibility for what I did, for my actions and inactions." --Harold R. Johnson

In early 2018, the failures of Canada's justice system were sharply and painfully revealed in the verdicts issued in the deaths of Colten Boushie and Tina Fontaine. The outrage and confusion that followed those verdicts inspired former Crown prosecutor and bestselling author Harold R. Johnson to make the case against Canada for its failure to fulfill its duty under Treaty to effectively deliver justice to Indigenous people, worsening the situation and ensuring long-term damage to Indigenous communities.

In this direct, concise, and essential volume, Harold R. Johnson examines the justice system's failures to deliver "peace and good order" to Indigenous people. He explores the part that he understands himself to have played in that mismanagement, drawing on insights he has gained from the experience; insights into the roots and immediate effects of how the justice system has failed Indigenous people, in all the communities in which they live; and insights into the struggle for peace and good order for Indigenous people now. 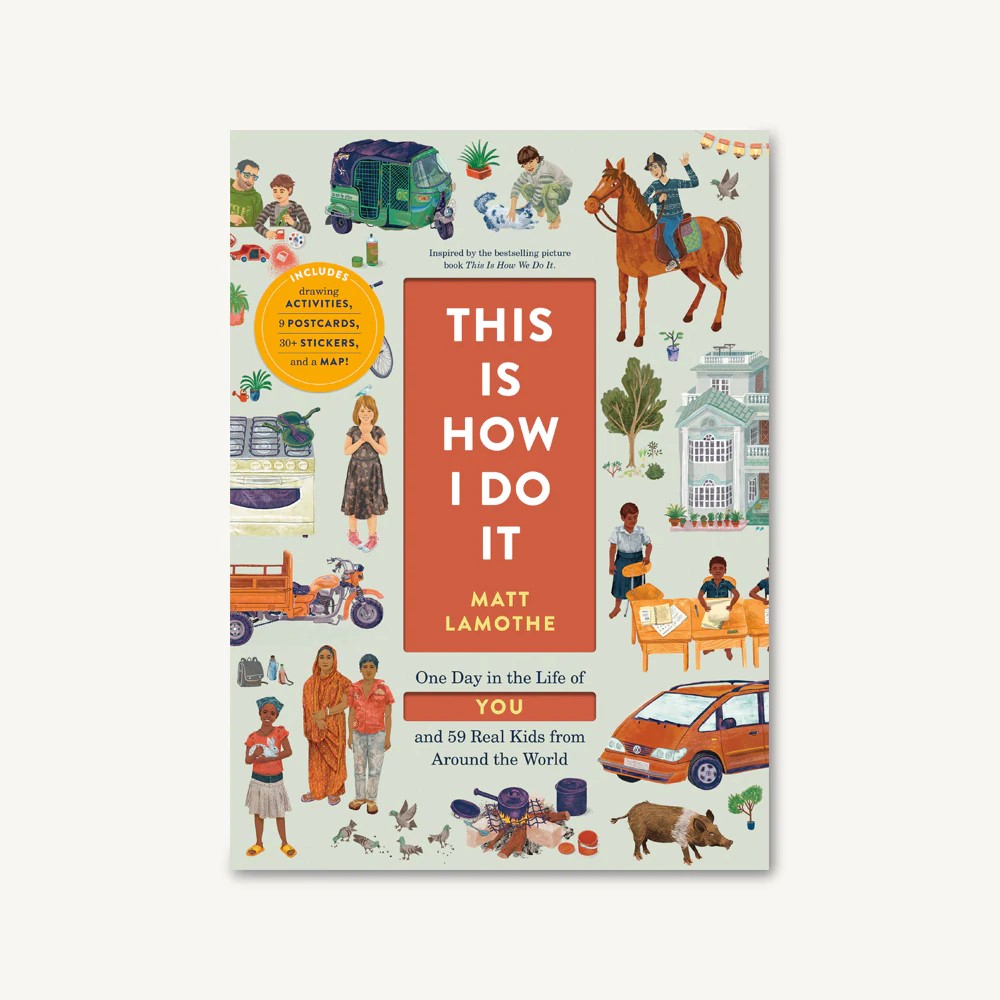 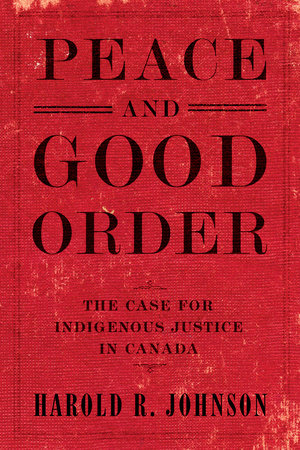 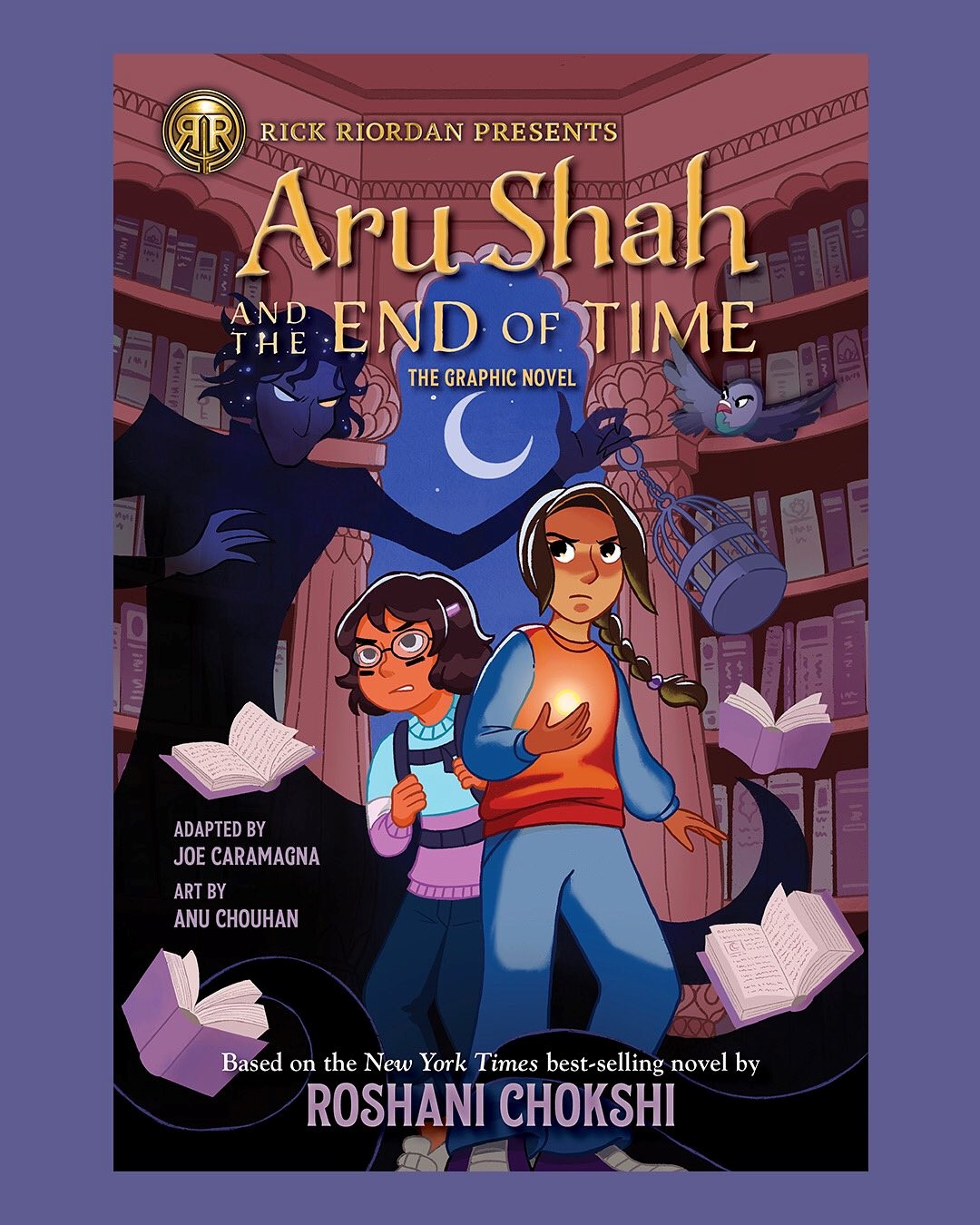 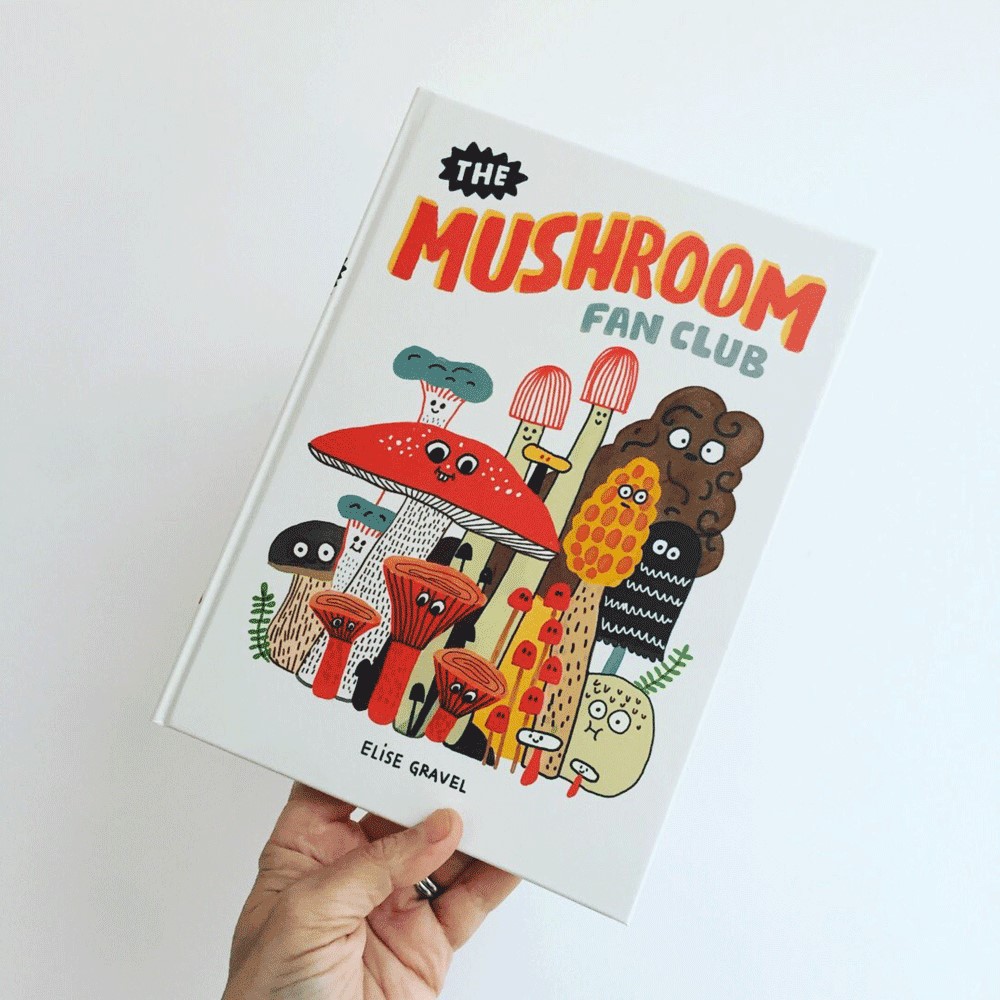 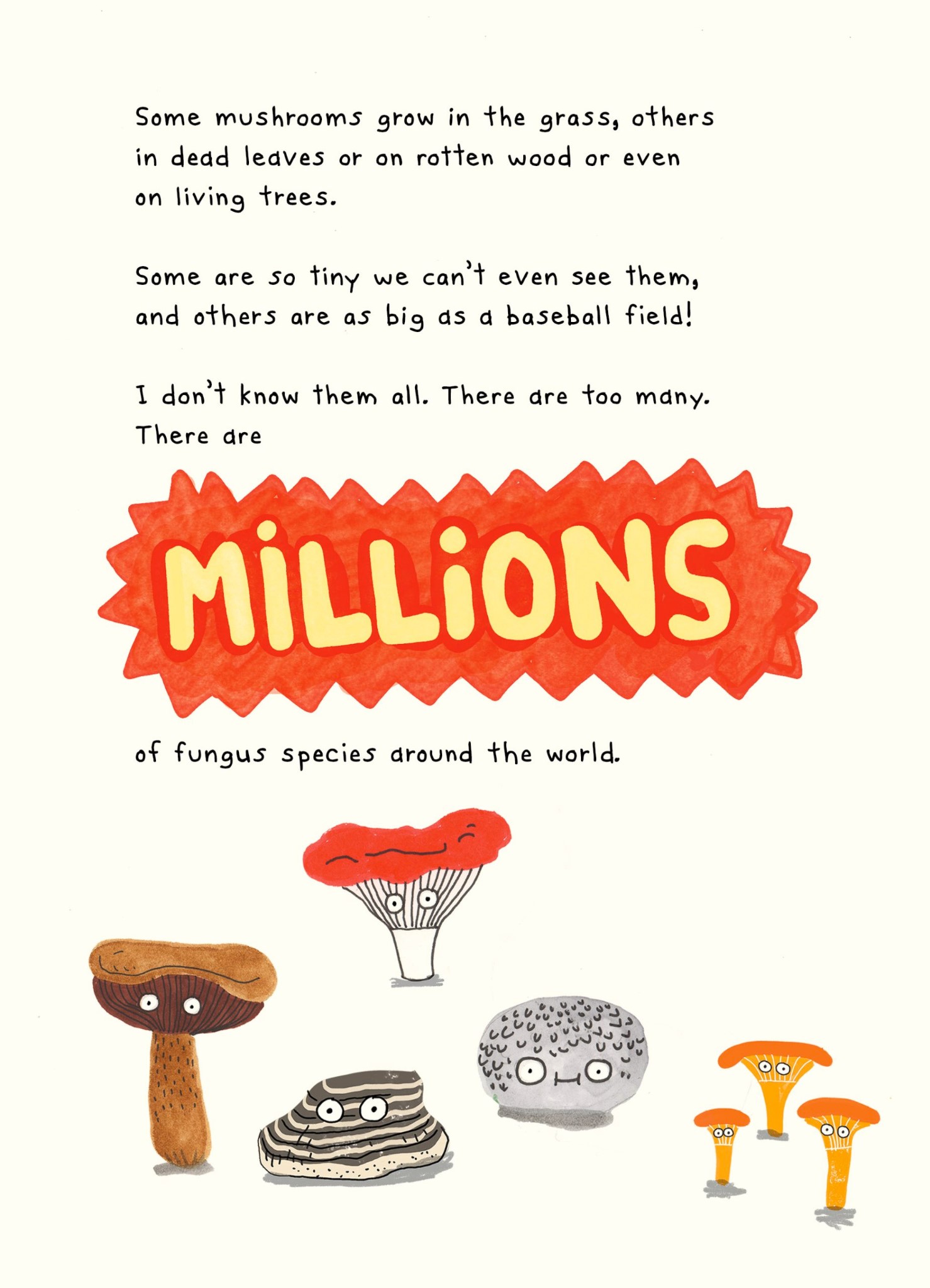 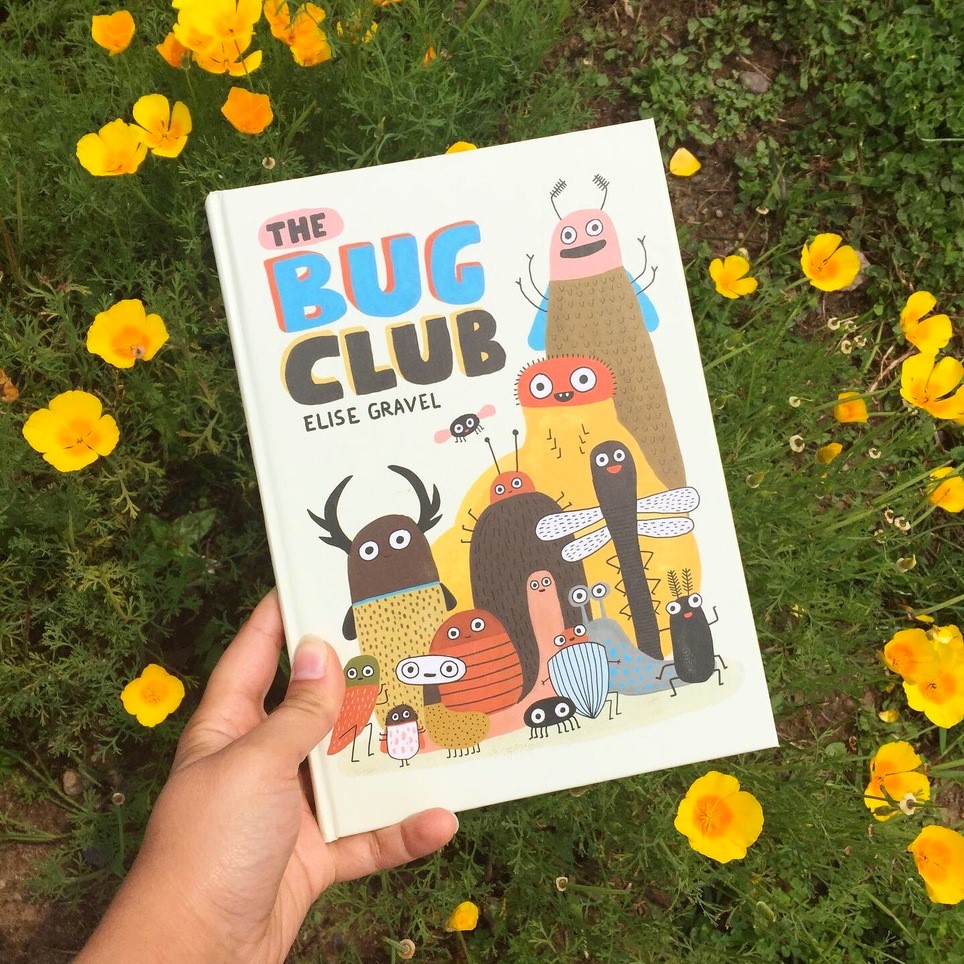