In recognition of National Indigenous Peoples History Month, Granville Island would like to acknowledge and celebrate the works of a few of the Indigenous Artists that have contributed to Granville Island`s artistic landscape, located on the traditional territory of the xʷməθkwəy̓əm (Musqueam), Skwxwú7mesh (Squamish) and Səl̓ílwətaʔ/Selilwitulh (Tsleil-Waututh) First Nations. #NIHM2021

Internationally recognized Skwxwú7mesh Squamish Nation artist, Xwalacktun O.B.C. (born Rick Harry) was born and raised in Squamish. He carries with him the rich ancestries of his father’s (Squamish Nation) and mother’s (Kwakwakw'wakw Nation). His father, Pekultn, carried a hereditary chieftainship from Seymour Creek in North Vancouver. He would like to acknowledge Capilano College and Emily Carr College of Art(Granville Island campus) for teaching him the skills to give him a start in his career. His endurance and commitment through trial and error helped propel him forward as an artist.

Xwalacktun`s works are recognized internationally. In 2013, he received the Queen Elizabeth II Diamond Jubilee Medal and in 2012 he received the prestigious honour of the Order of British Columbia for his many contributions to various communities both locally and worldwide.

Healing, growth and raising an awareness of the environment are central themes in Xwalacktun’s work. By focusing on how the traditional stories relate to his own life, he suggests to us how to use this ancient knowledge to help heal ourselves and our community. The giving out of positive energy and seeing it come back through the young people is the reward that continues to feed his spirit so that he can in turn give back to others.

Xwalacktun carved the two house posts at Ocean Art Works at 1631 Johnston St in 2000, with the support of five students from Vancouver`s Emily Carr University of Art and Design: Sonny Assu, Peter Morin, Delores Dallas, Daina Warren, Ben Gerow. This was the students’ first time carving, through a carving course and summer job. He recently completed a 20-foot house post for the Squamish - Lil’wat Cultural Center, in Whistler, BC. 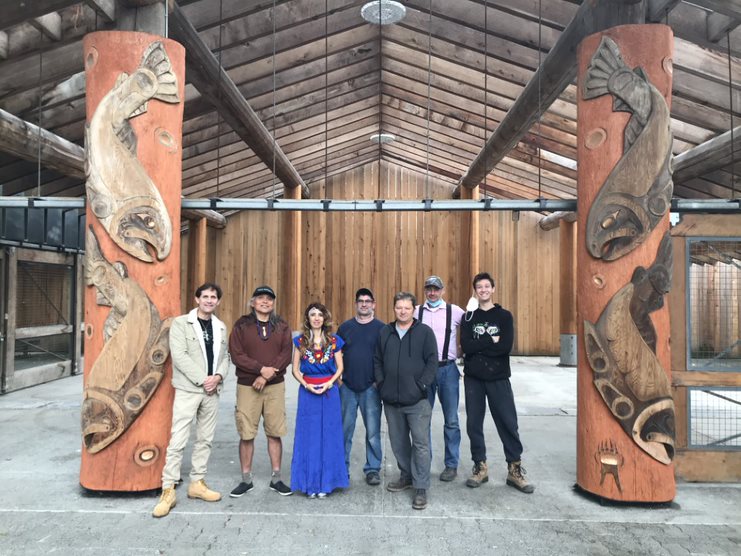 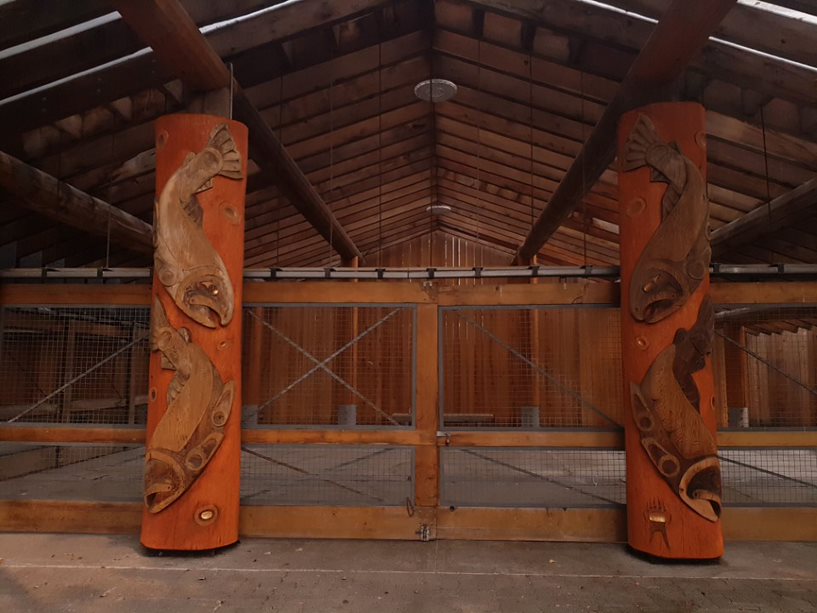 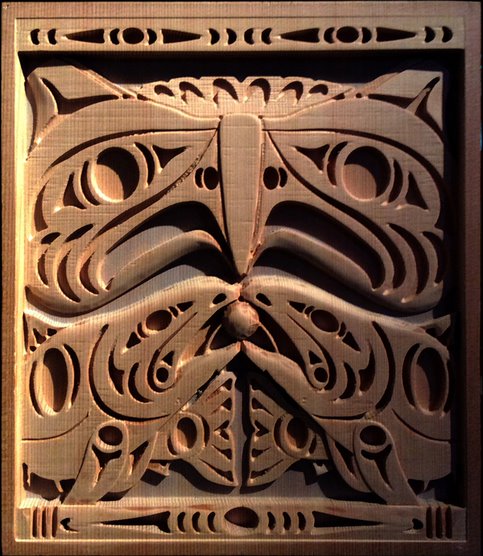